Diamagnetic forces are typically quite weak due to the small diamagnetic susceptibilities of practical common materials, but a diamagnetic trap is the only realizable particle trap that can be unconditionally stable (no holes), passive (no need for active corrections), and static (fields are time-independent). Diamagnetic levitation itself is not new, e.g. superconductors can be easily levitated above a permanent magnet. We use diamagnetism to trap small particles in a three-dimensional harmonic trap with easily-generated fields (< 2 T). We create the trap by placing two SmCo permanent magnets between four ferromagnetic pole pieces in a quadrupole configuration, which generates the magnetic field minimum required for trapping. The size scale of the trap is chosen such that the force generated by the gradient of the magnetic field is large enough to counteract gravity. 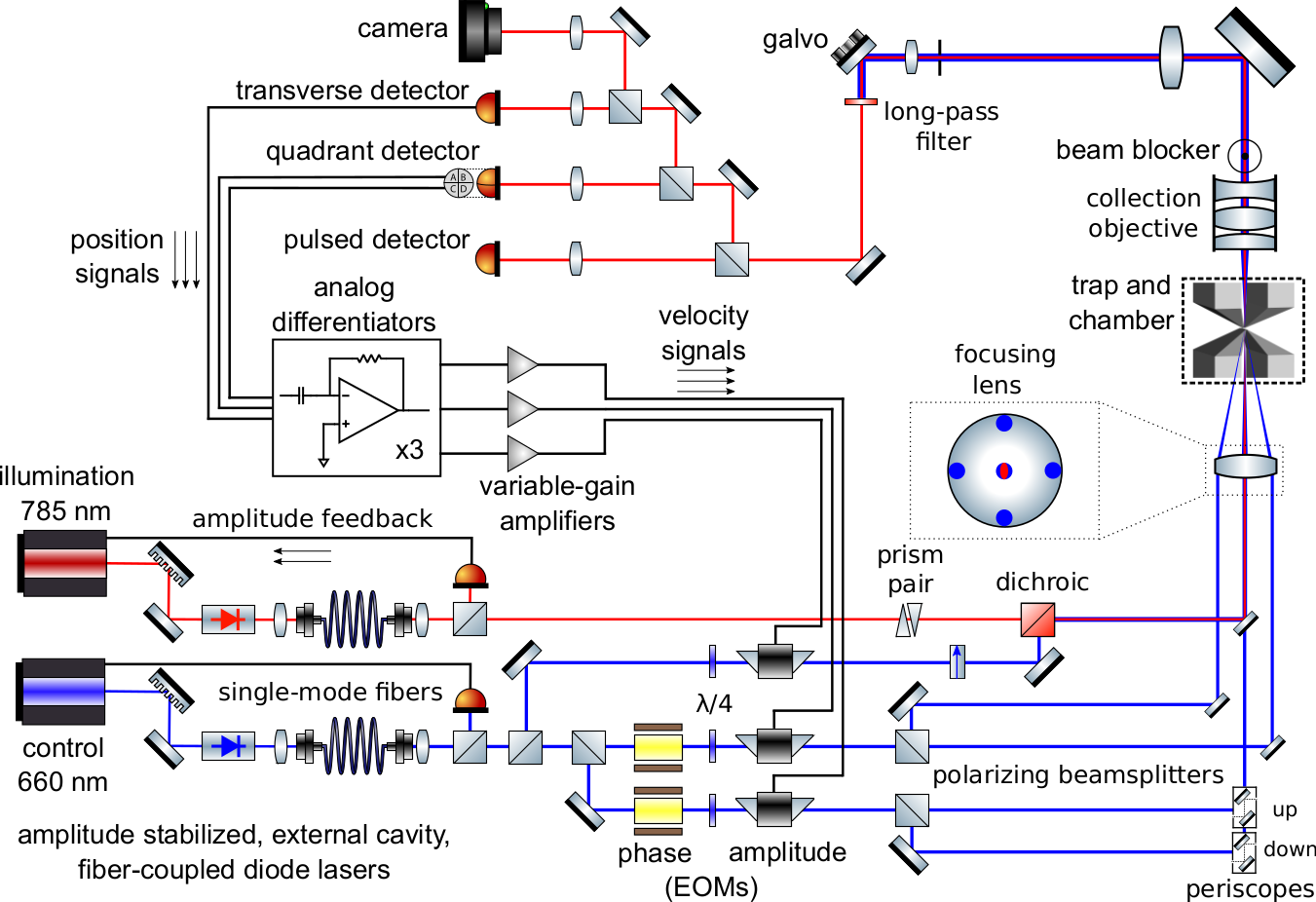 This project ultimately seeks to explore the behavior of trapped mesoscopic particles in center-of-mass motional states with quantum-limited measurements. The proposed research builds on the unique properties of a micrometer-scale particle in a magneto-gravitational trap, including the static trapping fields, stable trapping, extreme isolation from the environment in ultra-high vacuum, the high efficiency of optical detection of the particle position, and the precise control of the motion of the particle which is possible with feedback cooling. While the motion of the particle is classical over long time scales, we have calculated that a change to sub-millisecond pulsed measurements with greatly increased optical intensity will reveal quantum-limited behavior. In particular, we are moving towards pulsed measurements which will enable position detection near the standard quantum limit and enable tests of gravitational collapse models such as continuous spontaneous localization. Furthermore, this research will develop a platform for future exploration of mesoscopic quantum mechanics and ultra-sensitive force measurements. 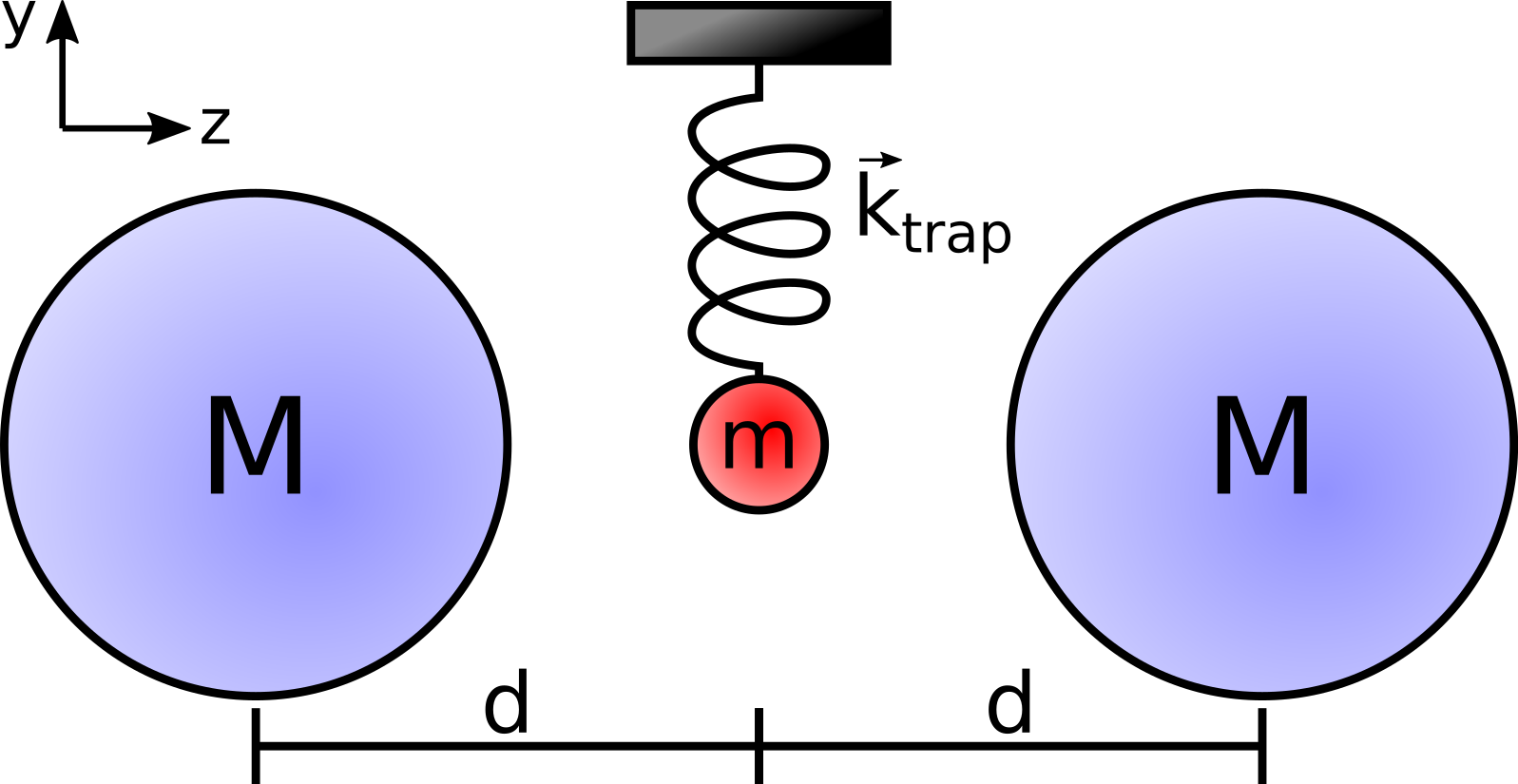 While gravity is one of the most obvious forces in daily life, it is also one of the most difficult to characterize. In fact, the gravitational constant G, which quantitatively describes the strength of gravity, is one of the most poorly known fundamental physical constants. Henry Cavendish first measured the strength of gravity in 1798 using a torsion balance, and most measurements of G until now have used closely-related methods. However, it has now become clear that many measurements of G disagree with each other, and the scale of the disagreement exceeds the reported uncertainties of the measurements. This implies that we either do not understand the errors in the measurements, or we do not understand gravity itself.

This project will attempt to resolve the problems with the value of G with a completely independent measurement in a new apparatus. The system is designed from the start to be simple, with little opportunity for systematic errors to go unnoticed. The measurement will use a magnetically trapped microsphere in ultra-high vacuum, taking advantage of the precision and control that is possible in this elegant system with no mechanical springs or other poorly-understood components. The goal of this project is to complete a measurement of G to 10 parts per million, an ambitious but critical goal. All data will be made fully available for re-examination of the analysis in the future, ensuring a high level of confidence in the measurement to avoid recurrence of this measurement crisis.

We are beginning to use a newly developed system, consisting of a micron-scale crystal of SiC levitated (trapped) in a magnetic field in ultra-high vacuum, to bridge the gap between gravity and quantum mechanics. The system seeks to take advantage of the extreme isolation and sensitivity of the trapped particle combined with the potentially unique quantum properties of defect centers in SiC to provide a measurement of G that may be orders of magnitude more precise than existing measurements, and to develop a system that may even provide experimental data about the quantum nature of gravity.